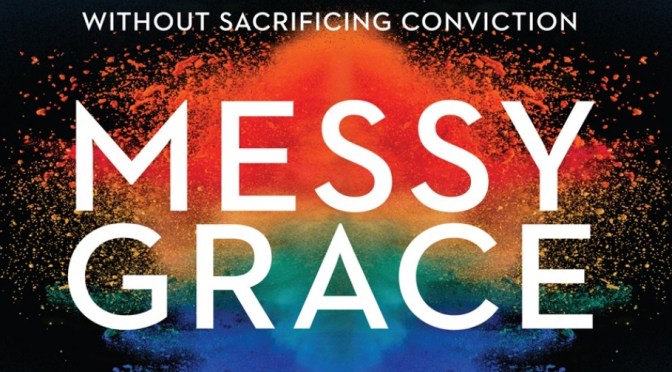 Caleb Kaltenbach’s book is courageous, clear, and practical for the individual Christian. It is part autobiography, part Bible study, and part call for grace and empathy. As a pastor and trained psychotherapist, I would value the chapters dealing with God’s view of homosexuality, and the issue of celibacy, alone, as worth the price of the book. Caleb’s writing style is unassuming and easy to read – barely 200 pages. I especially appreciated the fact that there is scarcely a statement the author makes that is not backed up by numerous scriptures. Even if one disagrees with Kaltenbach’s overall position, the general church-going public would be very well served to absorb his scriptural exposition of sexual purity, marriage, and celibacy in general. It would go a long way to inoculate us against the terrible distortions that are now passed-off by the media and, sadly, by activists with various agendas. While the first half of Messy Grace is a call to action for Christians to build bridges, the second half is devoted to lovingly, and empathetically presenting the truth about homosexuality from God’s Word – as Caleb has been uniquely called to do.

There is no bitterness nor animosity in this book – although midway through the book I did begin to wonder if the author was capable of offering the same level of patience and acceptance to those who struggle with the sin of intolerance, as much as he does for those who struggle with other sins. It is hard to be critical of the book, but I would point out that the book’s subject is treated from an, almost entirely, individual perspective. It offers little-to-nothing in the way of appropriate biblical guidelines to use within the church institutionally. Sadly, the single chapter devoted to the local church is completely lacking in scope or balance. The bible has a lot to say about how, when, and where, specifically, a local church is to operate between the tension of maintaining a consistent public witness and loving/accepting sinners. The author seemed wholly unaware or unwilling to address the subject – instead he leaves it to the reader’s discretion. It was a glaring omission in an otherwise compelling read.

To be sure, this is not “bible-thumping” as some might expect, but, instead, a careful explanation – in the mode of a patient, loyal friend who loves those to whom he is addressing – exactly how the Old Testament and New Testament are remarkably harmonious when seen through the eyes of reason. He shows how a biblical world-view anticipates a keen understanding of human nature that in certain respects remain unsurpassed. Messy Grace is a must read for the millions who, thinking themselves compassionate, have recently come to endorse homosexuality as a legitimate alternative expression of man’s sexual nature.

My prayer would be that those who are sexually active in the homosexual lifestyle, as well as their supporters, will see Kaltenbach’s book as the act of love and sanity that it is within a world that is increasingly narcissistic and intolerant.