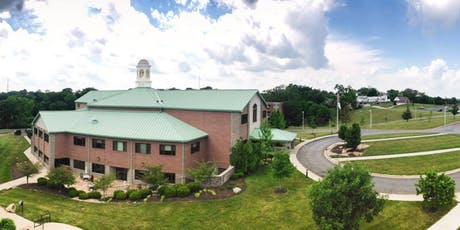 Three years ago, Dr. H. Lee Mason pronounced that Cincinnati Christian University faced an existential challenge so significant that it “dwarfed all others” which had ever come before. This storied institution, once referred to as “The West Point of Christian Service,” was, apparently, no longer content to fulfill the parochial task of “training a force for Bible ministry.” Instead, CCU’s board of trustees began ushering the school down a familiar path “into the vast wasteland of becoming just another liberal arts school,” wrote Mason – a man with enough foresight and courage of conviction to spur an entire conference of Bible colleges. Mason was right. Spent by the failure of its glamorous football gambit and having no idea what to do next, CCU’s administration is intellectually bankrupt.

It’s three years later, and another bankruptcy is about to be declared. While blunders are blamed and fingers pointed, the current imbroglio is too large to be explained as simply a handful of remediable noncompliances with the Higher Learning Commission. The school’s malaise goes far deeper than that. Cincinnati Christian University has lost its way.

And no other figure has done more to painstakingly document the unraveling of this major institution than the Christian Restoration Association’s Dr. Lee Mason. In fact, without the CRA, one could fairly say that the Restoration Movement might be, itself, facing extinction.

For all its efforts, however, the Restoration Herald is as noteworthy as a failure as it is as a success. In CCU’s specific instance, Mason’s call for increased alumni involvement in the school’s direction, for austerity measures, for appointing a new president free from any unseemly conflicts of interest, and for a return to original bylaws, went entirely unheeded; today CCU is more liberal and less secure than ever. Nonetheless it would be a mistake to view the RH as a mere historical artifact, for Mason’s tocsin rings as loudly today as it ever has.

Part of the difficulty in understanding Dr. Mason and the CRA involves the confrontational nature of their work, which at times causes these brave men to be unfairly maligned as “reactionary” and treated as unwelcome guests. But this is far more reflective of our white, American, middle-class cultural Christianity than it is a commentary on the custodians of the CRA. In some ways, this difficulty should come as no surprise considering the number of high profile “scholars” within this Movement who continue to mischaracterize unity as a virtue. It isn’t. Neither, for that matter, is identifying (by name) those who promote false teaching a sin. Don’t get me wrong, unity is certainly desirable but unity without the pruning effects of confrontation – even public confrontation – is an illusion. (This is no better illustrated than in the book of Galatians where the Apostle Paul, publicly and by name, called out the Apostle Peter for not being straightforward about the truth of the gospel.)

Complicating matters further, a generation of young believers who associate traditional Christianity with Establishment stuffiness. Ironically, the reality is that many (if not most) establishment leaders are now contemptuous of both scriptural enthusiasm and traditional orthodoxy. Even more ironic, had CCU’s scions only followed Mason’s traditional prescriptions, they might not be seeing their institution crumble around them.

So now comes the hard part: where to go from here? If I were giving my alma mater my own two cents – and whaddya know? I am! – I’d tell the trustees of CCU not to look for inspiration from say . . . the USC admissions scandal – lawyering-up to the gills, which they seem to be doing.

You may remember the 2010 commercials touting the iconic pizza-delivery chain’s reinvention. If not, Domino’s new campaign was summed up easily enough: “We blew it.”

Focus groups and surveys revealed something pretty much everyone outside of Domino’s had known for years: Its pizza stinks.

And in a surprisingly rare moment of corporate humility and transparency, the executives, associates, and chefs at the company confronted their harshest reviews head-on. They talked about how much it hurt to hear that their product “tasted like cardboard” and was worse than microwave pizza. But they admitted the truth and committed themselves to starting over with more flavor, better crusts and cheese that didn’t taste like window sealant.

The appeal of the campaign was obvious: honesty. The company had lost its way and wanted a second chance.

Obviously, the analogy to CCU isn’t a perfect one. For example, last I checked, CCU can’t match a three topping, mix-and-match deal delivered to your door in thirty-minutes or less.

But CCU’s troubles have had a lot to do with the fact that congregations didn’t stop liking what CCU was supposed to deliver. They stopped liking what CCU actually delivered.

As a preacher who cares more about doctrine than celebrated athletic programs, I hated seeing CCU abandon sound doctrine in order to be more popular. Imagine Domino’s listening to critics and then deciding to get into the Chinese food business. It just doesn’t make sense. But perhaps that’s why my last worship leader, a graduate from HIU, had never heard that baptism was a necessary part of conversion. Seemingly, a direct result of an institution chasing prominence and prestige by surrendering to the ascendant philosophy of  tribal doctrines.  In effect, they promise that you can have your pizza and Kung Pao chicken all in the same dish. That’s not a good meal; that’s a hot mess.

So what would a CCU turnaround look like? I’d go back to Mason’s original recipe and stop worrying about size, status, and glamour.

But first, CCU needs to admit it messed up. After all, more than any other group on earth, Christians are all about second chances. We love contrition and redemption. We love it in our leaders and in our institutions, and on more than one occasion it has given those who needed it most a new lease on life.

27 thoughts on “CCU Has Lost Its Way”