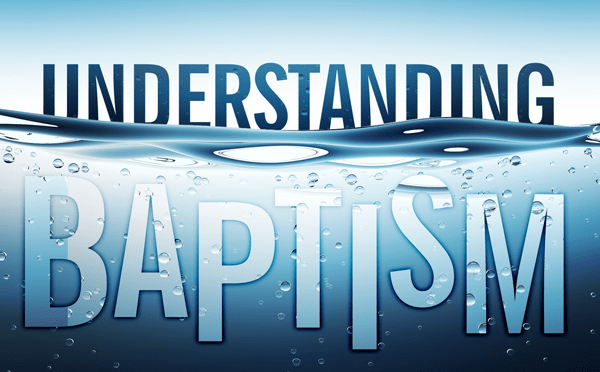 As a professor, Joe Grana has wrestled with the theology of baptism. As a minister, he has seen it worked out in the most practical sense. The combination of those points of view has brought him to a perspective on baptism that meets the spiritual challenges of real-world Christianity. Joe has served in the pulpit, leading churches in three different states as a senior minister for 27 years. Today, he is chairman of the church ministry department at Hope International University in Fullerton, California. Joe is a graduate of Lincoln (Illinois) Christian College, holds postgraduate degrees from Lincoln Christian Seminary and Hope, and a PhD from the University of Dubuque (Iowa) Theological Seminary.

What happens between a person and God when that person is baptized?

I like to think of it as a total experience. It’s a relational experience in that you hear God’s Word, you believe in Jesus as Christ, you repent of your sins, and you “turn around.” Baptism, then, is an expression, as a natural result of that relational process.

Why is baptism such a big deal in the Christian church?

I would simply say scripturally – because baptism is a big deal in Scripture.

Christian church theology has been viewed by some as “water regenerationist.” Is that a fair analysis?

Sometimes that’s true. But it’s not true when the right personal and biblical process takes place. The water isn’t mystical or magical. It goes back to that relationship where one surrenders his or her life to Jesus—thus the image of immersion into the death, burial, and resurrection, as we die to ourselves and our sins and we are resurrected to a life in Christ. If you do that, it’s not water regeneration. For some people, when they’re baptized, their whole life changes. For some people, they just get wet.

How does one keep from “just getting wet?”

They really search their soul, really connect with the Lord, and then proceed out of faith. I don’t know that everyone fully understands the implication of the decision. There were groups in the early church who put off baptism for three years and went through a training period to make sure they were proceeding in faith. I personally wouldn’t go that far, but I think there’s some value in training, in challenging accountability, rather than baptizing anyone who walks down the aisle.

Wasn’t the New Testament model to baptize people right away?

In the book of Acts it appeared that people were baptized in close proximity to their statement to faith, which I still adhere to. But you also see cases of personal instruction, like Paul with the Philippian jailer and Phillip with the Ethiopian eunuch.

How was baptism viewed in the context of the first century Christian?

Can’t baptism be seen as a work, or something you do to try to earn salvation?

You don’t baptize yourself, someone else baptizes you. You submit yourself and someone else is doing it. On the other hand, to repent is an awful lot of work! That’s supposed to come, in anybody’s book, before you’re baptized. Others have the sinner’s prayer. It seems that is work too. I think the issue is nitpicking. Jesus did the main work. We simply follow his directions. It’s certainly a matter of strong personal reflection. In thinking about my own baptism, it was a defining moment. I was baptized on the same day as my mother and sister, so it has great spiritual and emotional significance to me. Not having been raised in the church, it was certainly a transforming point of my life that changed the direction in which I was going, forever.

Can a person be saved without being baptized?

I think of all the different scenarios, like a person accepts Christ on Thursday, plans to be baptized on Sunday, and dies in between. God knows this person’s heart. He’s not that legalistic—and that’s where the relationship overrides the proposition. Baptism is an essential part of the conversion experience. It’s a total package, but are there other circumstances? Yes, and I leave all that up to God.

In our movement, baptism has been characterized as “a part of” the plan of salvation.

I think everyone who hasn’t been immersed should be. That’s what Scripture teaches. But I think sometimes we are more legalistic than God is. I’ll leave it up to him to make those judgments.

Does the Christian church overemphasize baptism relative to other important points of theology?

On the other hand, do other evangelical movements underemphasize it?

Yes, I would say they do. Some say you’re baptized into the church, or it’s a work to be done after you’ve been saved. Again, I go back to it being a central part of the conversion experience. It’s the sacramentum, the oath of allegiance, that changes you from one state to another. Much like a wedding ceremony takes you from being unmarried to married.

How can we connect with churches that have a different theology of baptism without giving up our principled position?

We can cooperate in common causes and I think we can find our unity in the person of Jesus as the Son of God. We can find a unity and a common purpose to serve and evangelize and yet still believe what we believe. We can agree to disagree, and we can disagree without being disagreeable.