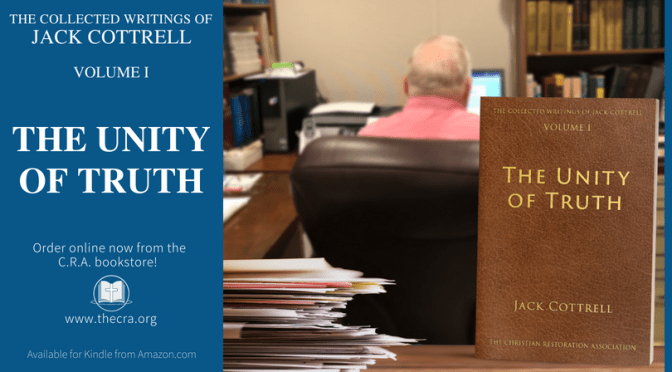 I was standing outside the foyer of an uninspiring Christian Church facade, one of those places you drive by without a glance – you’ve probably driven by a million times – where changeable letters and faded photos (likely of long-deceased members) still hang under a face of UV protected casement. I was about to duck inside, when a stranger approached me.

“You’re going to love it!” she squealed. “I adore this place! It’s so hilariously, wonderfully old school!”

A few minutes later, an ancient elder ushered me into a medium-sized, mostly empty auditorium. A couple sat across from me on an aged red pew. A few lone worshippers, regulars by the look of them, focused on the worship about to begin. At forty-seven years of age, I was the youngest person in the room.

I was in The Church That Time Forgot, an observation reinforced by the bulletin, a historical document as untouched by the decades as the room.

Reading down the list of hymns was a blast from the past, a dizzying drop into a time warp. Even the typeface and logo looked like a 1940s film prop. As we sang, I felt myself repeatedly catching my breath, inhaling sharply with each defiantly out-of-fashion verse.

“Wow,” I spluttered idiotically, my face breaking into a grin. “I can’t believe this!” A Mighty Fortress Is Our God, Blessed Assurance, All Hail The Power Of Jesus Name . . . forgotten classic after another. And the sermon! The sermon! Entitled: The Role Of The First Woman, Eve: Genesis 2:18-25.

This was madness! This was insane! This was absolutely fantastic!

One might think – considering my giggles – that perhaps I was appreciating this dino-era worship style in a modern, post-ironic way. That perhaps I was somehow snickering at the improbable, almost irrationally unmarketable worship service, that there was something funny about how out of touch, days-gone-by, stubbornly incongruous this service was – the height of antiquated and only meters away from a church with all the latest trends.

But one would be wrong.

My eyes filled with tears. My heart sang. And as I took communion in my proudly, barely-cushioned pew, I was bursting with admiration for the place. This was good stuff. This was rooted ministry, the kind of ministry I first came to know and love, the wellspring from which I – and many ministers before me – came. And I know that I’m not alone in my affection.

In the Midwest, of course, ministry of this sort continues to occur sans irony. The Ohio River Valley is the geographical heart of the Restoration Movement, and the Christian Restoration Association, situated outside Cincinnati’s beltway, is a cultural touchstone and constant reminder of the plea, the position, and the principles of Independent Christian Churches everywhere. Christian Church communities wherever they have been, have held together by the deep desire to reproduce the first century church in life, doctrine, and practice.

During one of his recent visits, I found myself walking along a southern California beach marketplace with Dr. Lee Mason, editor of the Restoration Herald, Director of the Christian Restoration Association, and considered by many to be the foremost living authority on the Restoration Movement. He ministered here in Southern California decades ago. Every few steps, he’d stop and enthusiastically share a name, a church, or a little bit of history, “Oh, let me tell you about” this church! or “let me tell you about” this Bible College, or “about this book Jack just published.” Dr. Jack Cottrell is a professor, theologian, and author who is synonymous with the Restoration Movement. Affectionately known by his students as “Dr. Jack,” his books are absolutely fundamental references when investigating RM doctrine. It’s unlikely that you’ve never heard of him. He has kept our movement moored to scriptural inerrancy and been a leading proponent of biblical gender roles in the church for decades.

I revere the men and women of the CRA and we need the CRA now more than ever.

Listening to Dr. Mason talk about the RM is akin to walking through Ancient Greece listening to Timothy or Silas passionately expound upon the glories of the work in Philipi, Thessalonica, and Berea. The CRA’s devotion has, I know, made the world a better place. Especially now when so many self-appointed elitists in our brotherhood incorporate denominational celebrities (or simply celebrities) in our national gatherings. Yet, such impediments as sound doctrine and moral character are more . . . malleable. Apparently, many in the Restoration Movement, as the anti-theology forces presumably discovered in 2014 – ain’t impressed by celebrity.

Our recent history is defined by three major events: the decline of our Bible Colleges, the rise of the multi-site/megachurch movement and the retooling of the NACC. In the past we gathered as a free association of churches unified around an informal consensus of shared beliefs. And under that arrangement we’ve enjoyed astonishing unity. Now, our consensus-based theology has been dismissed from our convention in order to maximize “brand reach” and institutional profitability. Therefore, Spire has not only retooled but redefined the convention from a gathering of autonomous Christian churches committed to first century church doctrine, to simply a collection of self-determined churches which happen to believe in the lowest common denominator possible – “Jesus saves.” This despite assurances that “the new format will support what the NACC has always upheld.” But these assurances are belied by the fact that since September 2014, these same Spire directors have made disparaging remarks about our convention and the RM at large. Criticisms which soon expanded beyond mere methodology and included our commonly held spiritual framework.

That there are priorities above institutional self-interest is a proposition entirely alien to this new breed. And, putting your greed ahead of a cause you consider yourself vital to is also a nice bit of hypocrisy.

In 2016, every business journal and periodical from Fortune to the New York Times published articles derived from a study done by the business management platform Wrike. The research reported that 47% of millennial men and 40% of millennial women preferred working in an office where their co-workers swore. In a remarkable coincidence, from the NACC’s main stage and for the first time in the convention’s history, a presenter, Salvation Army pastor Danielle Strickland – while hawking her wares – used profanity during her sermon. This, dear reader, was no slip of the tongue. It was a calculated attempt to ingratiate millennials. And it was an insult to the very people who have supported and paid for the convention for years. What’s worse is this uniquely opportunistic celebrity-pastor knew better.

“Spire Network exists to encourage and equip leaders who inspire a movement of healthy growing churches.”

Unfortunately with this statement, Spire’s Board of Directors are doing their intended beneficiaries no favors – not to mention the churches they represent.

Leadership is the false religion of America’s ambitious millennials – even in the church. Up and coming church planters, parachurch entrepreneurs, and ministers alike make pilgrimage to conferences and peruse the bestselling breviaries on the subject. What they fail to realize is that the idolatry of leadership obsession, when it seeps into ministry, paves the way for personality-driven, demagogue led churches.

Seldom do leadership gurus point out that great leaders can serve bad causes as often as immoral leaders; and lousy leaders represent the most noble of efforts as often as noble leaders.

Referring to the phenomenal growth of Parkview church, Tim Harlow published an article a few years ago, which read:

“Since 1998 we have grown an average of 21 percent a year,” he told Outreach. “I firmly believe that the reason Parkview is on any of these (growth) lists is because God looked down on a group of dedicated leaders who made one single decision that has impacted thousands of lives. He saw faithful leadership that trusted him. A time when the two spies outflanked the 10 and said, ‘We can take this land.’ ”

Don’t get me wrong, I’m grateful for the hand life dealt Harlow, but all Joshua similarities aside, this sounds more like narcigesis than exegesis. And it fails to take into account the role of Joshua’s knowledge of God – which is to say, his theology.

Again, throughout history, great leaders have served bad causes as often as severely flawed leaders have led heroic ones.

Harriet Tubman simply made slaves free, and she did it better and more often than anyone else. Yet according to her biography: “She never intended to lead, and that turns out not to matter — she became a hero, and a leader, all the same.”

Martin Luther is recorded by historians to have been, “a man at home . . . largely powerless to stop the descent into violence.” He enjoyed widespread public support, but his success stemmed from his convictions, and persistence, not his woeful leadership skills.

Leadership, like so many generational marketing hooks, is an unserious field. Even its experts find it difficult to define, much less critically theorize. Yet it continues to be oversold by its promoters. Why not just recognize its uses and limitations and move on? Future ministers would be well served to take the advice of the Greek biographer, Plutarch, and seek to understand “that which can be identified and appreciated . . . virtue.”

Faced with overwhelming cultural and political pressure, the next generation of ministers will need to follow in the steps of the prophet Isaiah as a kind of Nockian remnant, keeping the tablets until such a time as civilization once again returns to certain eternal truths.

Which brings me back to the CRA. The CRA, in many ways, is the doctrinal torch-tender of our weakening movement.

And in the face of so much “progress” we need to remind ourselves that character is destiny and that which can’t go on forever – won’t. Someday there will be a crying need for an alternative, and when that time comes the most important consideration will be, did you remain faithful to your calling?

It’s incumbent on us leaders, it’s our job as ministers of our movement to say this far and no farther, and to police the swamps and keep this stuff out of our ranks. But the moral and doctrinal confusion we are dealing with right now is in many ways the result of a lot of cynical opportunists who want to have this positivism, no-enemies-in-the-world attitude and want to say our only enemies are negativism, religious intolerance, and unfairness. Therefore, we are going to have an open mind about anyone who shares our enemies. And this is the kind of PR disaster, at minimum, a movement gets into when it says the only real standard for membership is being a part of a cult of leadership rather than holding to tablets of truth.

Faithful ministry has always been a challenge and at times even dangerous. But these men and women are proud of what they do and of the generations who came before them, who built churches, and bible colleges, and national gatherings, and advanced God’s kingdom.

In memoriam to Harvey C. Bream. The Restoration Movement has lost a giant, a man who not only defended our faith but represented what’s best in our brotherhood. He will be missed – and never replaced.

Terry Sweany serves as Senior Minister of Playa Christian Church. He received his Bachelor’s in Christian Ministry from Cincinnati Christian University and a Master’s in Marriage, Family, & Child Counseling from Hope International University. He and his wife, Patty, reside in West Los Angeles

2 thoughts on “I Stand With The CRA”