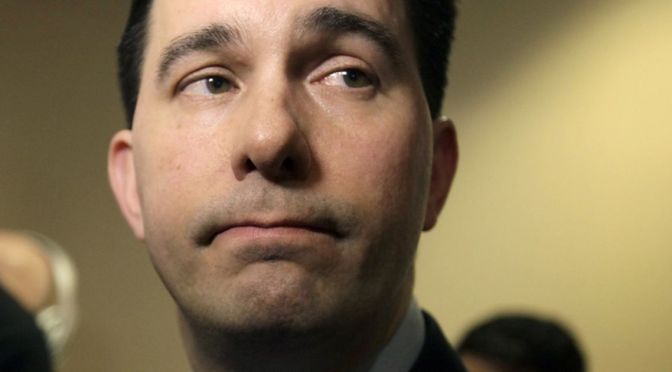 I love politics. By that, I don’t mean the talking-head shows on cable news channels where party janissaries scream past each other never stopping long enough to consider what the other person has to say, or those personality-based “news” shows featuring some narcissist bloviating on and on about how they were right about everything and anyone with the temerity to disagree is a pinhead. Nor am I a fan of watching a cadre of uninformed celebrities fill the airwaves with their witless chatter completely oblivious to the possibility that they might be talking to an audience with a view at variance to their own – all the while claiming to “honor the principles of free speech and desiring to give a hearing to other views.” These things do not interest me and they are not what I consider politics. Politics, at its core, is the practice and theory of influencing other people – or, at least, sincerely wanting to. And there are some who are particularly gifted at it.

Now if influencing others is the objective, there are several abilities any effective politician must possess and not the least among them is the ability to hold and express an unpopular conviction so as not to alienate those who may disagree. This, of course, is easier said than done. But accomplishing it requires two things. First, one must present the issue confidently in a clear, concise, and coherent way. But also, one must be honest and forthcoming when and if the question arises. Any attempt to avoid or skirt an issue will result in appearing diffident, not to mention engendering feelings of betrayal and embarrassment by those who share your conviction.

Which is exactly how I felt last month when presidential hopeful and GOP frontrunner, Scott Walker, was asked about evolution. Maybe you saw it, Walker was posed the question during a visit to London, England, where he was visiting for four days as a part of a Wisconsin trade delegation.

Question: “Do you believe in evolution?” (Keep in mind that he was in London on Charles Darwin’s birthday, so he might have seen this coming.)

Walker: “I am going to punt on that one as well.”

Ugh! Why do candidates, especially with what we know today, shy away from this issue?

I’m tired of being embarrassed by representatives and candidates who perpetuate media stereotypes and appear ponderous when asked about evolution. Don’t get me wrong, I understand that those asking are motivated by hostility intending to deride and lampoon, not just the candidate, but anyone holding Judeau-Christian beliefs. I mean let’s be clear, what they are really after when they ask the question “don’t you believe in evolution?!” is dethroning God. If the truth were told, this is not a question about science at all but a fight over the moral status of man. The real question being asked is this: Are humans moral creatures whose actions are judged by a divine standard, or are we the winners of some cosmic biological lottery?

Regardless, my critical attitude about this is not directed at the journalist who tossed this political grenade into Mr. Walker’s lap – that is what journalists do. No, I’m frustrated at the candidate’s enigmatic response. For once, I’d like for a candidate to not sound like he or she is afraid to answer the question. Why can’t someone just say, “If you are asking me do life-forms change and adapt over time – that has been incontrovertibly established. If, by “Evolution,” you are asking me how did life come to exist on this planet or what are we supposed to do with it, only God can answer that question.”

You see, for far too long, the people who ask such questions see themselves as the undisputed champions of “science.” They create social media websites like “I Freaking Love Science” (that is the edited for TV version anyway) or they repeat little witticisms like “The thing about science is this: it’s true whether you believe in it or not.” But there are plenty of examples where these same people take a decidedly unscientific position on a whole host of issues demonstrating that they are, in fact, very selective in their celebration of science. Why can’t the measure of being pro-science be whether or not a fetus feels pain? Too upsetting? Okay, how about whether or not one supports nuclear power? Why can’t we measure scientific sophistication in terms of advocacy for or against genetically modified crops – which has strong correlations to the prevention of childhood blindness? Or for my friends here in California, why not measure a scientific versus superstitious worldview using childhood immunization as the standard? Why can’t someone provide a little push back on this hypocrisy? I mean are you aware that the Affordable Care Act covers aromatherapy and homeopathy – how scientific is that?

Anyway, as another presidential election cycle is about to begin, I am keenly interested in how it all plays out – who will capitalize on their experience, who will emerge as the anti-establishment candidate, or who will challenge conventional thinking. But more than anything, I want those who represent my greatest value, a belief in the God of the Bible, to do so – especially if asked directly – with grace and ease. Otherwise, there does not seem to be much holding us back from elevating “science” to divine status and anointing those who claim to be its champions as our priests. Don’t misunderstand, I do not expect Scott Walker (or any of his cohorts) to overthrow Darwin, although I’ll bet many of his supporters do. Though a lot of crazy philosophies and utopian ideas are natural offshoots from Darwinism, I am not advocating for someone to come along and burn down Darwin’s stable, I am just praying for someone who is capable of raking out the manure.