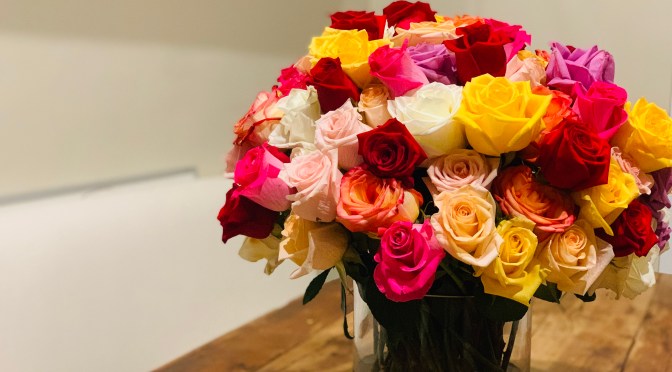 Today my wife, Patty, will be experiencing her first normal day’s routine in over a month. Regularly over the last three years, and intensely for the past several weeks Patty and sister, Claudia, have shuttled back and forth from great distances to assist their oldest sister, Chelly – the patient, indefatigable and ever-present caretaker turned hospice nurse – deal with a parent suffering from Alzheimers. Additionally, I have watched Patty fulfill the need for family counselor, consigliere, CFO, and estate-executor, overseeing considerable family assets and business ventures. Oh and did I mention . . . her dad passed away?

Last night, late in the evening, she dispatched her youngest sister, Karla, back to Tampico, Mexico by way of LAX only minutes after booking her flight – and this, only hours after selling her sister’s car, which they had just driven cross-country from the tip of Texas to the coast of California, all in under forty-eight hours.

God was good to her through it all, as it was Patty with whom her dad had had his last coherent conversation. In his final days, in spite of deteriorating health and evanescent  lucidity, his mind would rise to the occasion – sharp as it ever had been – for one more marathon session with his beloved “Hueso.” (A term of endearment roughly translated “skinny bones” and referring to a serious pediatric condition which prevented Patty from gaining weight early on in life.) I simply can’t imagine any more appropriate way to mark the end of their relationship than by seeing them enjoy what had characterized it most – whiling away the evening hours around the kitchen table eating street tacos and speculating about opportunities to make a profit, the latest family “chisme” and everything in between.

So it came as no surprise that during one such  tête-à-tête, and in one of the most poignant moments of her final visit – if not her life – Carlos Alvarado Mar passed the family torch from one generation to the next. Patty’s cherished and heroic “Viejo” wondered aloud to his daughter (and a family lawyer) about having enough time to vouchsafe to Patty sole  power-of-attorney, finalizing his last wishes and directives before the inevitable. Yet, halfway through the conversation, Patty, with absolute strength of conviction says, “I’ll take care of it, Viejo.” The passing of the torch was so finely interwoven with a final farewell that it was difficult to distinguish one from the other.

Twenty-four hours later, while assisting her dad shuffle from one room to the next in his Brownsville, Texas home, Viejo collapsed into her arms. Less than a week later, surrounded by his four beautiful daughters – he was gone.

Carlos Alvarado was one of the greatest men of my life. I loved and respected him immensely, all the while living in the shadow of his considerable achievements and abilities. His curiosity was endless and his devotion to family unparalleled. He died of a broken heart just three years after losing the mother of his children, grandmother to his grandchildren and great grandchildren, and love of his life, Arcelia. He raised his daughters well and I will forever be grateful for his permission to take one of them as my wife. I will forever miss him, and my mother-in-law as well, considering the bright difference they both made in my life and the world around me.

The emptiness and pain are very real today and will continue to be for sometime – rightly so. But we are grateful for God’s hand of providence and the evidence of His dynamic presence in our loss, not to mention our grief. Publicly, the Augean task of ministry forbids much distraction, pastoral care demands continue without even the slightest vestige of sympathy. Outside, the world’s unforgiving chaos whistles and whirls out of control, and yet within the sanctum sanctorum of our home there is peace.

One thought on “Mi Suegro, Viejo”