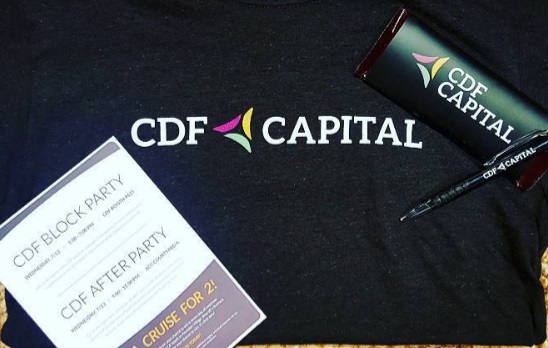 Full-time Christian ministry. Ordinarily, and for all too many years, when people from our profession make the news, or appear in a film or television drama, it’s not for our integrity, which relatively speaking is – I should say right up front – very high.

Generally speaking and irrespective of congregational size, it is a particularly vibrant mix of diverse, independent thinking, sincere-in-their-convictions kind of men and women.

It takes a special breed to work in ministry. You have to possess a servant’s heart. And being a servant isn’t easy. It takes a special kind of person for whom toiling away in soup kitchens, dirty, wind-whipped third world countries, and long, seemingly thankless deeds are the norm.

And yet it is this very same group of humble, often confrontation-averse friends and neighbors who have been commissioned with the task of publicly professing and defending God’s standard of morality for the world in which they live.

Within the church, the Bible refers to this standard as “sound doctrine.” It’s easily the most contested subject in our brotherhood. And there is no hope – none – of ever talking about it without ticking somebody, if not everybody, off.

Maybe that is why so many seek to avoid it, because it involves discussions where, sometimes, even the names of ordinary things are ferociously disputed.

How and where should communion be observed? Are satellite campuses harmful? Is it “pastor” or “minister?”

Throughout the course of my career, I have been seen by many as a pragmatist, a tool for liberalism, an iconoclast, a legalist, an apologist for denominationalism, chauvinist, apostate, puritan, and worse.

Doctrinally speaking, the North American Christian Convention claims it no longer endorses specific beliefs or theological tenets. This, they scold, is denominationalism, and denominations are a thing of the past. That the NACC will enter its third year heavily advocating egalitarianism (a specific tenet) seems not to have occurred to convention dignitaries. So let’s take a moment and consider the strange and mysterious forces  behind this reality and see if we can gain any insight.

In the late 1990’s, a financially strapped NACC was, apparently, in need of an infusion of cash and ready to make a deal. That infusion came from one of its Diamond Partners – Church Development Fund. (Perhaps you have read about Church Development Fund while perusing various articles posted on the internet from such websites as . . . well . . . this one.) This transaction set in motion a three year transition which would forever change the nature of the convention. Among the changes:

Fast-forward to 2017, the NACC has evolved into what sure looks to me like a marketing clinic with a pervasive, almost chaotic, entanglement of sales strategies and business tactics designed to expand the CDF brand. Any vestiges of the convention’s past were, like a Potemkin village, deliberately left in place, designed to impersonate an event (which no longer exists) for the purpose of leveraging the good will, gratitude, and generosity Christian’s feel for our movement. Generational sentiments without which the NACC simply could not exist.

In light of this, what follows is a list of examples, sort of a hypothetical blueprint, which may or may not reflect the NACC’s current underlying approach.

Ambush Marketing is a marketing strategy where, from behind the scenes, the advertiser directs specific events without paying event costs. This allows the business to capitalize on or leverage the brand equity of these events. The common pitfall of this strategy is the unintended consequence of lowering the quality of the original experience.

Direct Marketing,  the most obvious and recognizable method of advertisement, communicates directly with customers and prospects.

Notice, three of the featured personalities for the upcoming convention are directly from the CDF family of subsidiaries: Stadia, LACPM, Slingshot Group.

Affinity Marketing creates strategic partnerships that are mutually beneficial by forming alliances with complementary brands. With this strategy, one brand generates sales while the other creates new customers and builds brand awareness.

Source Credibility is a tactic based on the theory that people are more likely to be persuaded if the person doing the persuading is seen as being credible, trustworthy, and when possible, physically attractive.

Four of the Restoration Movement ministers prominently displayed in the upcoming “This Is For Everyone” campaign were featured by CDF’s National Marketing Director in the Christian Standard. It’s not clear how many, if any, of these ministers are current, or former clients of CDF. But operating on the wild speculation that these ministers have  enlisted the services of, for example, CDF’s building-design subsidiary, one could see how this level of subtle but pervasive product-placement would make even the producers of an Adam Sandler movie blush.

Independent of that point, being that all eight RM ministers, representing every major region of the country, are multi-site pastors, CDF could (hypothetically of course) idealize multi-site campuses as the new standard – a welcome prospect for CDF’s Visioneering Studios.

Diversity/Cause Marketing is a customized marketing plan based on cultural differences including values, beliefs, world views, and specific causes that your customers and your company cares about.

Observing the phenomenal success of businesses like relevantmagazine.com among Millennials via their heavy reliance on social justice messaging, CDF may be wanting to follow suit. This makes egalitarianism more than simply a doctrinal issue, it’s a worldview with serious profit-margin implications.

Embodying this, presumably lucrative, worldview: a former Willow Creek preaching pastor, also the father of Pastor Jodi Hickerson; Scot McKnight an Emergent theologian and author of the book, the Blue Parakeet, Rethinking How You Read The Bible, which is marketed as a Bible study tool but in actuality is a publication containing a not-so-hidden egalitarian agenda; a leadership consultant/motivational speaker popular among Millennial Christians who recently praised Pastor Christine Cain as the number one female Christian leader in the world; and Charlotte Gambil, pastor of LIFE Church in England;

The church planting minister from Harlem possibly rounds out this category by being the all-important brown guy recruited to demonstrate the NACC’s commitment to racial equality.

And like all great marketing conventions (think Mary Kay and Nerium) CDF rewards their “independent ministry associates” with a concert, an afternoon of stand-up, and the chance to take a selfie with a former professional athlete – again, hypothetically.

I gotta say though, this theoretical blueprint – even with its olympian-level conjecture – does seem plausible when searching for a reason to explain why these  particular eighteen men and women were asked to headline next summer’s convention.

Add to this Word Of Mouth Marketing required by well-intentioned Continuation Committee members and one thing is clear from this crowning achievement of self-promotion: If CDF thought it wasn’t to their financial advantage to advocate for a particular doctrine, they probably wouldn’t.

Meanwhile, the theologically diverse group of independent thinkers sitting on various NACC committees unwittingly endorse an aimless, reckless, and very dark agenda. In the name of “unity” and “for the sake of the brotherhood” they provide political cover for an organization which is utterly uninterested in giving equal-time to anything outside its commercialized, crowd-sourced orthodoxy, and only interested in the financial support/human resources these associates present at the CDF altar.

It turns out that the only thing worse than biblical rigidity is commercial rigidity.

I do believe, as has been suggested to me from several sources, that the 2017 NACC Executive Committee is made up of a majority of vocal, complementarian-believing, mega-church pastors. And I am glad to know it. But what I don’t understand is why they are willing to accept the silly Overton window imposed on them (and us) by such a small constituency when the stakes are so high and the consequences so dire.

Egalitarianism is part of a social justice agenda which promulgates the lie that “a just society is a genderless society.” The inconvenient truth is that women in the United States are the freest and most liberated in human history – truly one of the greatest chapters in the annals all liberation movements. And yet, Julie Phillips, a professor of sociology at Rutgers who has studied suicide among middle-aged Americans, reports suicide in the United States has surged to the highest levels in nearly 30 years. And the rise was particularly steep for women. She goes on to suggest that social changes have raised the risks. “Marriage rates have declined while divorce rates have risen, leading to increased social isolation,” she said.

In other words, today’s social justice doctrines over-promise and under-deliver. Fairness does not equal happiness or fulfillment – and the consequences are devastating.

Thanks to the gender-as-social-construct dogma, men and women are less capable than ever of nurturing mutually satisfying relationships. And the indoctrination for this crippling worldview begins at younger and younger ages. In this, the NACC, along with its Next Gen preacher search, has become a co-conspirator. The implied tenet for our young girls is that being a wife and mother is not a legitimate career or ministry – they must compete with the boys. Little boys are shamed for their masculinity, taught that girls and boys have no appreciable differences. Couples who attend the convention no longer hear of God’s gender-specific design for marital unity. In the society at large, homosexuality has been normalized, and gender disorders (which are disorders of assumption) are going untreated – they too suffer from higher and higher rates of suicide.

So despite what others say, complementarians are on the side of love. We are not hate-mongering legalists lamenting those who do not live up to our self-righteous standard. Rather, we lament those who suffer at the hands of a doctrine that minimize God-given differences between men and women and dismantle the order God has designed for the flourishing of life together.

My prayer is that everyone would view this as the act of love and sanity that it is. This is not about bragging rights for doctrinal purity, ego stroking, or self-aggrandizing indignation. People are suffering. We have the answers but we are not being straightforward with the truth.

Why? To fill auditoriums and make money off those who fill them.

2 thoughts on “So What’s Behind The NACC’s Liberal Theology?”