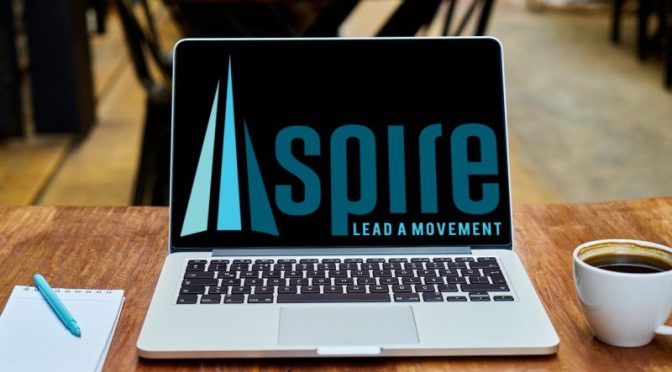 The corporate leaders of Spire are frustrated. Annoyed and frustrated. Seething about having to field so many questions concerning the nature of – what was supposed to be – Spire’s much anticipated leadership conference and platform launch. Instead, a dismayed Rick Rusaw reported to the Christian Standard, “I spend more time explaining what we aren’t than what we are . . . Questioners often assume Spire is merely an annual conference they are being asked to attend.”

The network rollout? Not going as planned. Rusaw is apparently bogged down with the niggling concerns of potential conventioneers, rather than advancing the narrative of Spire’s signature technological achievement – the online platform.

There’s only one problem with this pose (so obligingly transcribed by the Christian Standard). It was Rusaw’s own marketing team that caused the confusion. For months, Spire’s leaders have in print, on video, and by word of mouth tied the Spire conference to the coattails of the North American Christian Convention – betting heavily on the NACC’s brand loyalty to give them a running start.

“You would be hard pressed to find someone who has loved the North American Christian Convention more than me . . . The NACC is in my blood… and in my bloodline. . . I deeply love the NACC,” writes Spire’s Chairman of the Board.

“For many, many years throughout my life, I attended a gathering called the North American Christian Convention. And one of the reasons why that gathering was so important to me is I learned at a young age that ministry is just hard, and you need support, and you need relationships . . . people who can encourage us,” explains Spire’s Co-Director of Events in a promotional video entitled “The Spire Conference.”

Indeed, Spire’s marketing messages have consistently stated that Spire’s annual conference will “replace” the North American Christian Convention, and “will support everything the NACC has always supported.”

Now, after essentially portraying the Spire conference as a new and improved version of the old convention, Rusaw reflexively insists on playing the put-upon drudge because his target audience can’t appreciate Spire’s distinguishing genius, such as it is.

A true achievement in ostentatiously distancing oneself from responsibility: indignation over the audience’s incapacity to grasp something new.

Desperate to capitalize on the NACC’s clout and name recognition, Spire’s corporate leaders have kept the lines between the new and the old deliberately permeable. They cloak their efforts in the suit of the past by regularly referring to the NACC in honeyed tones of respect and affection. But these shows of calculated emotion — which also serve to distance them from accountability for the NACC’s demise — are not just unconvincing but unamusing.

What makes the problem even more acute is that Rusaw et al. represent not just the Spire Network but a grandiose conception of the network as the prime mover of personal and professional life. The very purpose of this conference is to convince church leaders that Spire’s platform can and should be trusted to do great things. Therefore, church leaders should be prepared to hand over large chunks of their operations — from hiring staff to leadership development to connecting with new friends and mentors  — to Spire’s central control.

This presupposes a Leviathan not just benign but competent. So when it turns out that distant, faceless committees tend to be incapable, inadequate, hopelessly inefficient and at times dishonest, Spire’s leaders will, apparently, try to protect their brand by portraying failures as shocking anomalies.

Unfortunately, this pretense has the opposite effect. It produces not reassurance but doubt. Rusaw’s determined detachment conveys the feeling that nobody’s home. No one is leading.

Spire’s CEO implies that his work has been hindered by a lot of misinformation, and a lot of confusion. He is right, of course. The rollout has been mired in dishonesty and casuistry from the very start. And nobody has contributed to this with more enthusiasm and with a louder megaphone than Spire’s own team of corporate leaders.

Paradoxically, the very article in which Rusaw addresses the issue of clarity, he cites a 2017 landmark study by the Barna Group and Pepperdine University: The State Of Pastors. Quoting the study, Rusaw claims 50 percent of church leaders drop out of ministry within five years of starting, 80 percent believe ministry has negatively impacted their family, 70 percent have lower self-esteem than when they entered ministry, and 70 percent do not have a close friend.

For anyone curious enough to check, precisely none of the aforementioned statistics appear in the report.

Apparently, Spire’s marketing team surfed the web, cherry-picking statistics which best fit their dystopian narrative (regardless of origin or reliability). They, then, falsely attributed the research to the Barna Group for maximum credibility, with some of the data going back to 1998. Worse, none of Spire’s data could be verified in any way.

According to the actual Barna/Pepperdine study, and contradicting Spire’s claim, “only 42% of pastors believe ministry has had a negative impact on their family. Moreover, two-thirds of pastors are actually happy with their friendships, rating their satisfaction in the friend department as either excellent (34%) or good (33%).” Adding further, “most pastors are not left alone to fend for themselves: Nearly seven in 10 say they receive direct support at least monthly (68%), and more than half of those do so ‘several times a month or more often’ (37%).”

Beyond the overstated statistics, and startling contradictions, Spire’s mischaracterizations of ministers (in their Together We Rise video) as “stressed, isolated, and looking for direction” are not only impertinent but damaging to our witness in the world – a haunting indictment.

The truth about ministers, fortunately, is “that contrary to conventional wisdom, most pastors are fairing well: 91% report a good overall quality of life and 88% describe their spiritual well-being as excellent or good.”

Yet in typical self-serving fashion, Spire has disingenuously built a straw man based on, at best, questionable research so they could then present themselves as heroes. It is nothing more than a clumsy, almost farcical, attempt to fix a problem that doesn’t exist.

That Spire considered this a reasonable way of selling a platform which would replace our largest, most long-standing institution betrays either a fundamental ethical illiteracy or a deeply troubling readiness to mislead.

And even if Spire’s portrayal of ministry were accurate, where they lose me is with the idea that the solution to these maladies can be found online or by a de facto nationalization of our movement via their platform.

The idea of online community is a myth.

Conversation is done face to face and person to person, and so is community. The research is in. What we need are actual communities.  Almost all social media studies I’ve read report that the more time one spends on social platforms, the more isolated one feels in life. Platforms are no substitute for the encouragement and belonging one enjoys from flesh and blood interaction.

Don’t get me wrong, many ministers live on the paper-thin margin of burnout, and certainly platforms can assist in addressing work related challenges. But the virtual community you share with others, on any social media platform, can not replace real relationships. And those who provide these platforms, offering “free” interaction, are not your friends. The more you interact with their platform, the happier and wealthier you make them – regardless of how it may affect you.