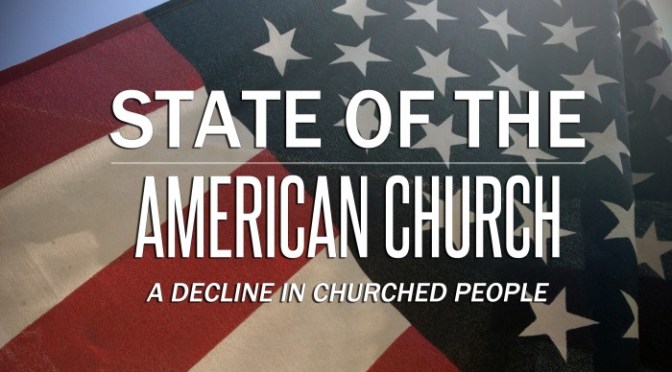 This is a great article by Michael Brown,

Almost 20 years ago, the journal First Things published an article by a famous German theologian named Wolfhart Pannenberg titled “How to Think About Secularism.” In the article, Pannenberg outlined the nature of secularism and how it threatened the church, also explaining how the church should not respond to the challenge.

He wrote, “A public climate of secularism undermines the confidence of Christians in the truth of what they believe.”

So, it is not just a matter of Christians becoming worldly and materialistic. Instead, the secular climate undermines our confidence in the truthfulness of the gospel.

At the same time, Pannenberg writes, “In a secular milieu, even an elementary knowledge of Christianity, ‘its history, teachings, sacred texts, and formative figures’ [quoting Peter L. Berger] dwindles. It is no longer a matter of rejecting Christian teachings; large numbers of people have not the vaguest knowledge of what those teachings are.”

This is exactly what we see today in America and Europe, where a large percentage of the population is completely ignorant of the fundamentals of the faith. Is it any wonder, then, that we find ourselves in such a moral and spiritual tailspin?

But this is only the beginning. As Pannenberg notes, “The more widespread the ignorance of Christianity, the greater the prejudice against Christianity,” and when people do search for spiritual truth, they seek out alternative religions instead.

Is this not an accurate description of our nation today, with widespread ignorance of the gospel, and with the assumption that true spirituality must be found in another faith (or outside of any particular faith)?

Truth itself is under attack, as Pannenberg wrote with almost prophetic accuracy: “In the view of many, including many Christians, Christian doctrines are merely opinions that may or may not be affirmed according to individual preference, or depending on whether they speak to personally felt needs. … Missionary proclamation was once understood as bringing the truth to others, and was therefore both legitimate and extremely important. For many today, the missionary enterprise is a matter of imposing our personal preferences and culturally conditioned prejudices upon others, and is therefore not only illegitimate but morally offensive.”

“How dare you impose your religion on us,” shouts the world to us incessantly.

How then should we respond to the crisis of secularism? What did Pannenberg counsel? Read these words carefully, and then ask yourself if we have followed his counsel or if we have done the exact opposite:

“The absolutely worst way to respond to the challenge of secularism is to adapt to secular standards in language, thought, and way of life. If members of a secularist society turn to religion at all, they do so because they are looking for something other than what that culture already provides. It is counterproductive to offer them religion in a secular mode that is carefully trimmed in order not to offend their secular sensibilities.”

To be clear, Pannenberg stressed that he was not arguing for “dead traditionalism,” noting that, “The old-fashioned ways of doing things in the churches may include elements that are insufferably boring and empty of meaning.”

Rather, “Christianity proposed as an alternative or complement to life in a secularist society must be both vibrant and plausible. Above all, it must be substantively different and propose a difference in how people live.”

Unfortunately, when we try to accommodate our message and method to the secular society, and “when the offending edges are removed, people are invited to suspect that the clergy do not really believe anything so very distinctive.”

That means that, “The plausible and persuasive presentation of Christian distinctives is not a matter of marketing. It is a matter of what the churches owe to people in our secularist societies: the proclamation of the risen Christ, the joyful evidence of new life in Christ, of life that overcomes death.”

Sadly, so many of our American pastors have gone in the opposite direction, and as things have declined in our churches, they have reaffirmed their error rather than corrected it.

In short, they followed a worldly philosophy of accommodation (which is very different than wise, Spirit-led, cultural sensitivity), but rather than this bringing a wave of renewal, salvation and discipleship, it brought more spiritual decline in the form of superficiality and compromise.

Now, the floodgates of apostasy have opened wide, and yet so many leaders still do not recognize what has happened, continuing to put the blame in the wrong place.

Yes, by all means, let us be sensitive and compassionate in our outreach to the lost, and let us with humility give ourselves to bless this dying world, living as servants rather than as those who are “holier than thou.”

But let us not accommodate the gospel to secularism. Instead, let us show how totally different and other the gospel is, how dramatically transformative new life in Jesus is, and how it is absolutely worth it to know Him and follow Him to the point that we joyfully swim against the tide of a very worldly world, having exactly what this society so desperately needs.