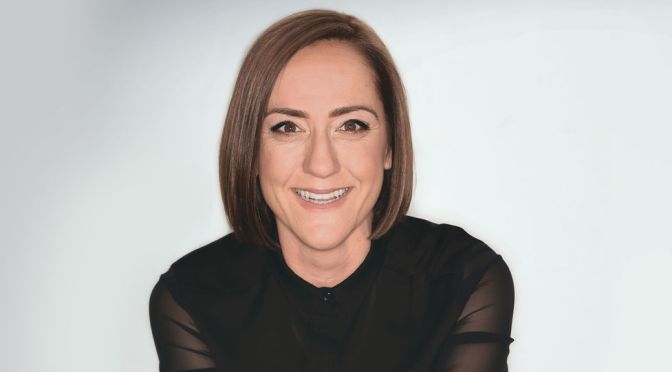 From my vantage point in a busy, functioning congregation, when I see celebrity evangelists and their meticulously manufactured personas hawking their books, consulting services, and eponymous merchandising websites, they look like creatures from another planet – bizarrely, artificially cheerful creatures in a candy-colored galaxy in no way resembling my own. They are as far from my experience or understanding as Barney the purple dinosaur – or the musical stylings of Celine Dion. The fact that people – strangers – seem to love them, only makes me more confused. Joel Osteen’s arena audiences, for instance, clapping and shouting amen to the notion that success and prosperity can be achieved by boldly declarin’ words of faith n’ vic-tree over your life and family, only make me more hostile.

Joel Osteen, predictably, symbolized everything I thought wrong – which is to say, incomprehensible to me – about the Brave New World of celebrity pastors, as he was not even one of “us.” He assumed the leadership of his church and the role of pastor-teacher with limited biblical training and no experience as a minister, having dropped out of Oral Roberts University after just one semester. Hearing that title applied to just anyone standing at a podium was particularly angering. It burned. (Still does a little.)

And if any further evidence is needed of the inevitability, the supremacy of the Media-Savvy Model within the Restoration Movement – the runaway locomotive of its success, the brutal genius of the Celebrity-Tops-Sound-Doctrine Plan – well, look at the landscape now: while our Christian colleges and universities are in dire straits everywhere, and our distinguished theologians are being sacked all across the country, our national convention has now exchanged the integrity of God’s Word for the power of positive, crowd-building declarations.

“Can I Have It (And Do It) All, Please?” Christine Caine’s cri de coeur for Christian women everywhere and the title of one of her more popular books, proclaims the life-changing power of regular, vocal Word Faith affirmations. In it, she points to her own life and accomplishments as irrefutable evidence of their efficacy.

Don’t get me wrong, Christine has a compelling story of tragedy and redemption – only a heartless cyborg could listen to her story without being moved to tears. Understandably, she has struggled to embrace her own self-worth following years of appallingly horrible molestation in her childhood. As an adult, she had to endure the shock that comes from discovering she was adopted, as well as the soul-crushing devastation that comes from experiencing a miscarriage. These are all extravagantly cruel and unspeakable realities she has bravely faced by, and through, her faith in Jesus Christ. I am truly sorry for the hand life dealt her, and happy that she is now able to remind us all of the value of life and the luxuries afforded to us by the grace of God.

But talking about your experiences is not equivalent to preaching a biblical text. Preaching is a privilege that requires more preparation than what is represented by a high school diploma or an English degree. And yet, like her NACC and ICOM predecessors (Jodi Hickerson and Jennifer Taylor Johnson), and in typical Osteen-fashion, Caine by-passes the hard work and determination necessary to learn how to properly apply the principles of hermeneutics to prophecy, harmonize the gospels, or exegete the book of Romans verse by verse – all of which are fundamental disciplines for the properly trained preacher. Disciplines, by the way, that the overwhelming majority of ICC ministers put in many years of hard work and sacrifice to attain; not to find fame and fortune, mind you, but just to get by.

This is in striking contrast to Caine’s reckless handling of scripture which, once extracted, is distilled and used as fuel in the pursuit of her own Brobdingnagian aspirations. Here, in her tellingly titled book Unstoppable, Christine recounts how she detours around God’s design for marriage by preconditioning her would-be husband to submissively take a backseat to her super-heated, endorphin-overloaded ambition:

“One night, I was speaking at a youth rally of about a thousand kids. Before I stepped onto the stage I prayed, Father, if I’m going to go further with this guy, I have to know that I’m going to do more for your kingdom married than I am single. Otherwise, I’ve given my life to you and I just want to stay single. I have to know. Do I keep dating this guy?

I sensed God’s response to me out of Deuteronomy 32:30, which says, ‘How could one man chase a thousand, or two put ten thousand to flight?’

I called Nick and told him my conviction that if we married . . . I would not be a traditional wife. Could he cope with that?

He was so secure in himself and his relationship with God that having a wife in a leadership role . . . was not a threat to him but an honor.”

Please don’t misunderstand. There is nothing wrong with Christine, or any wife and mother, setting lofty career goals or pursuing life-long dreams of success. Men have no right to ignore or bypass the strengths of women; whether it is an advanced degree in a specialized field, an inherent skill, or some area of expertise, any man who fails to impartially recognize and promote contributions made by women is a chauvinist. However, here, Caine seems to go beyond the notion of gender equality by advocating an arrangement whereby the husband’s role is made subservient to the wife’s. On some level, Caine is – perhaps commendably – trying to make the best of a difficult past. I get that. Any woman would naturally have a hard time trusting men after twelve years of abuse, but it’s quite another thing to wear that distrust as a badge of spiritual maturity, particularly when her theology was shaped at the crossroads of abuse and dysfunction.

Additionally, Caine’s treatment of scripture is anything but sound. This – as any qualified minister can tell you – is not exegesis but eisegesis, or perhaps what one might even call narcigesis. The problem? Caine is always reading herself into the text, interpreting the passage through the lens of her own predetermined agenda. In fact, here lies the key principle to understanding every Caine book and sermon: As soon as you realize that nothing is impossible with God, you can pretty much strong arm Him into anything – up to and, apparently, including the removal of any biblical constraint which might stand in your way or impede your progress – for example, Paul, in 1 Timothy 2:12, gives the following instruction: “I do not permit a woman to teach or to have authority over a man.”

Now, before I address the women-as-preachers issue specifically, let me say this generally. Women are strategic in every aspect of culture, including ministry. In fact, the good that the feminist movement has brought to Western culture over the last century is quite incalculable. It gave half of humanity the chance to develop – something that had been denied it in practically every culture in every era. But like all great revolutions, the feminist movement has also imposed its price and claimed its victims.

Since the 60’s and 70’s, if you have, at any time, attended university or taken a gender studies class, you have been taught by feminists to deny that gender has any real significance (aside from some obvious physical characteristics). This lie, unsurprisingly, has not only contributed to five decades of divorce culture by nurturing a selfish preoccupation with what is fair – rather than helping couples appreciate design and purpose – it has also discouraged countless numbers of people suffering from harmful gender/sexual disorders from seeking treatment.

And yet many of our vital institutions and churches, apparently indifferent to these afflictions, are allowing the fear of being branded misogynists to take precedence over acknowledging God’s Word, which keenly anticipates the unique needs of both men and women. The Bible teaches men, for example in I Peter 3:7, to love their wives (and women in general) treating them with consideration as a weaker partner. Yet, in the competition between gender equality and one of the most elementary instincts and obligations of manhood – the protection of girls and women from abuse – we are sending mixed messages.

For example, this summer, from the same stage, Christine Caine will deny man’s exclusive, God-given obligation to lead and protect women, while Naomi Zacharias alerts us to the inevitable predatory realities of the male sexual nature whenever that nature becomes detached from its higher calling. Which is to say, the very people imploring us to do something about the exploitation of women (via human sex trafficking) force feed us an ideology which gives rise to that very consequence.

When society renders gender equality as gender sameness: that – among other things – a woman’s sexual nature is just like a man’s; that women want as many sexual partners as men do; that women view men as sex objects just as men view women; and that women are just as happy to have emotionless sex as men are – the men of that society are more likely to hold women in low esteem, treating them as sexual objects.

This then, dear reader, is the reason I am opposed to women preachers. It is the same reason I oppose gay marriage, transgender lifestyles, and unisex bathrooms in our schools, because it is rooted in the benighted notion that: Gender is, at best, an arbitrary distinction independent of purpose.

In fact, it boggles the mind that so many among us can see the folly of gay marriage but be blind to the problems of teaching our young men to be ashamed of their masculine natures and to reject their traditional masculine virtues.

All of this points to the importance of sound doctrine. Everyone has a theology. Everyone has some basic assumptions – even if vague, half-formed, and inchoate – about what the world is all about and why we’re here. The fundamental battle over theology is not some amorphous, philosophical fight for doctrinal purity. The battle has real and painful consequences. And at this point in the RM’s history, our battle is about whether or not there is more than a passing significance to the God-given terms male and female. Sadly, the Restoration Movement establishment is aligning itself with the cultural elite  – including social scientists, gay activists, and secular humanists – and internalizing these falsehoods.

Why? Because they want to believe it.

In their worldview nothing outside the Gospel-centric confession that “Jesus is Savior” is essential or permanent. This allows them to consolidate Christians into larger and larger auditoriums which can only exist by discouraging sound doctrine. Like nearby Disneyland, this year’s NACC will be an experience designed to make you not think – to separate you from your money while making you feel good as you do it. As they see it, the church is constantly eating itself – while they profit. It tears down, builds up and expands according to no known or easily understood plan. An inorganic thing responding to the comfort-lust of the American sub-conscience. Come take your seat, enjoy the show or make money off those who do. Drop a few moist bills at the snack bar, see the burgeoning spectrum of American idolatry and feel free to indulge in some acts of narcissism of your own.

Meanwhile, convention presidents remain inert, unmoved, displaying a neglect and insouciance that borders on denial. Whatever the reason, they seem genuinely unmoved by a menace the rest of us view, correctly, with horror and increasing apprehension.

3 thoughts on “The Mixed Messages Of The Restoration Movement”