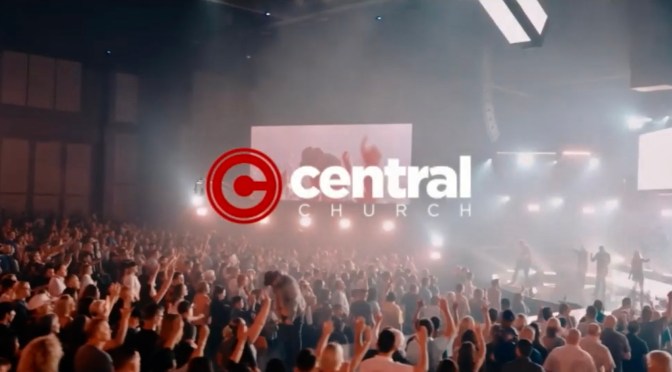 Twenty years ago Time magazine generated a lot of publicity with speculation over whose face would grace the cover of their special Person of the Century edition. It can only happen once every hundred years, which at the time, made conjecture hard to resist. FDR? Gandhi? Bill Gates? Solid choices all, but in the end the honor went to Albert Einstein. Unfortunately, they were wrong.

The only possible answer is Winston Churchill.

Why? Because only Churchill carries that distinguishing quality: indispensability. Without Churchill the world today would be unrecognizable. At the beginning of World War II, Churchill faced an existential threat with overwhelming odds and little support. Understandably, he took little solace in the fact that world opinion was on his side. World opinion? So what? World opinion, by itself, was useless: malleable, ephemeral and, unless mobilized by leadership, powerless. History, he understood, doesn’t act autonomously. It needs agency.

Today, the Restoration Movement (RM) faces its own existential crisis. And just as news spreads concerning the loss of Cincinnati Christian University, uncertainty rises. Indeed, this is just the most recent example of a number of institutional failures bedeviling our brotherhood. Institutions which were, at the time, being run by, at best, theologically liberal administrators.

Don’t get me wrong, I have a partial theory as to why this is happening and it doesn’t begin with CDF, the Solomon Foundation, or any of their endless subsidiaries. It begins with the failure of a sleeping majority to mobilize their leaders and give agency to their convictions.

Folding your hands in your lap and saying “Let History take the wheel” is the fastest route to self-destruction. Yet, the 2016 NACC analysis of our future (offered by an elite class of self-regarding pragmatists) suffered from the conviction that events were evolving toward inevitable doom and according to a process ultimately beyond our control. But what makes the doom inevitable is taking the establishment’s word for it. What they offered was not a prophecy. But it should be taken as a warning.

Simply put, our movement will only die by our own hand.

We protect what we are grateful for. Ingratitude is the spirit that inebriates us with despair and, in this twilight moment, makes capitulation to the shallow world of evangelicalism seem like a virtue. By no means do the majority of Independent Christian Church(ICC) congregations subscribe to evangelicalism. But a wide swath of congregations are, I believe, ungrateful for what our Bible-centric framework has brought us.

Making matters worse, a torrent of RM parachurch businesses competing for dominance in a niche marketplace. A context where adherence to sound doctrine is a luxury they can no longer afford. Therefore these quasi-religious enterprises, which at one time existed to serve the Church, began to function like starved remoras, sucking the life blood out of their host organism.

To be sure, some of these enterprises are, even as you read this, trying to undermine the RM for their own benefit. And while they may not be succeeding as much as they would like, the most casual observer can’t deny that they are constantly trying. But their victory is not inevitable. If it is true that our Movement was created by words and ideas, that means it can be destroyed by words and ideas. But it also means we can be sustained by words and ideas. Therefore the demise of the RM is only inevitable if the people saying and arguing the right things stop talking – or never start.

The point is that as defenders of the faith, we can never get comfortable. We can never lay down our spiritual swords and retreat to our farms. But many have done so, possessed by the notion that peace and stability are the rule rather than the exception to the rule. Our problem can be traced to the fact that we no longer have an appreciation for the institutions and organizations that made our rare but extended (nearly 40 year) period of stability possible. Where there is no gratitude – and the effort that gratitude demands – all manner of destructive forces flood back in.

I understand that Christians have a healthy aversion to conflict, particularly public entanglements over theological distinctions. It stems from a sense of propriety and the avoidance of appearing overly judgmental. But maintaining the appearance of unity at the cost of truth can have disastrous, unforeseen consequences. Consequences which, we are now witnessing, far outweigh the minor discomfort of public correction. Failing to give maintenance to our identity, clipping and pruning as we go, we risk becoming an enmeshed family where the lines between right and wrong are, by unarticulated consensus, kept deliberately permeable. One might think of it in terms of an enabling hillbilly clan where the uncle is perpetually drunk out behind the barn – everybody in the family is aware of the affliction, but we delicately avoid the subject. Eventually, reluctantly, we come to the conclusion that willful avoidance is no longer an attractive, much less practical, option.

Maintaining sound doctrine has always been a first principle within our cooperative. In fact, unity and exercising the authority of scripture were the sine qua non of success to our history. Moreover, within a national context of religious divisions and schisms (many imported from 1600’s Europe), our movement made converts of various denominational combatants into a single body of believers, patterned after the church in the New Testament.

Today American Protestantism – following centuries of bitter struggle for majority influence, where a king (or sitting president) was often an avatar for one’s deeply held sense of meaning – has ended in one of the greatest anti-climaxes of religious history. Without a single instance of religious persecution, without any act of violence, without so much as a press release, American Denominationalism has all but disappeared. Like a genetically defective organism, it simply expired in its sleep.

It was the end of an era, as the cliche goes. But the end was also a beginning. In the 1990’s, something new was born, something utterly new – an evangelical unipolarity fueled by the church growth industry and dominated by mega-churches.

This was a staggering new development in our history. It was so new, so strange that we had no idea how to deal with it. Our first reaction – the early 1990s – was one of confusion.

The next reaction was one of awe. When the North American Christian Convention learned of Rick Warren’s utilitarian “crowd to core” church growth method, they not only championed his innovation but made him a fixture of our annual convention. And while the chaos and upheaval of pragmatism would not be fully felt for at least another decade, the fuse, one could argue, was lit.

Before long, church planting networks were established in every region, ostensibly to coach, mentor, and indoctrinate the next generation of ministers into the Benthamite world of crowd-building. Obsessed with numbers, the quantifiable, and the immediate, but unchecked by any coherent system of belief or accountability, many lost their connection with the unquantifiable and eternal. Expectations of immediate success replaced belief in a bigger purpose, which – with a little endurance – promised to prove satisfying in the fullness of time. As a result, capable leaders, influenced by a results-oriented culture, needlessly and prematurely abandoned their posts.

These Post-denominational institutions, however, provide no model for the Restoration Movement. First, because many of our congregations rightly reject the nihilistic extremes of the church growth culture – justifying the extermination of anything that gets in its way.

Second, we are unlike denominations, unlike multisite mega-churches, and unlike online churches, in that we do not supplement our ecclesiology with ambitious celebrity-seeking personas who want to extend their brand through command and control at the expense of the Church. For example, the use of the word multisite in the Independent Christian Church context is ridiculous. It’s absurd to apply that word to a people whose first instinct is to extol the virtues of local church autonomy. I can assure you that when Paul planted Timothy in Ephesus and Titus in Crete, he did not intend for those congregations to be subordinate brand extensions of the churches in Jerusalem or Rome. In fact, as Christian enclaves sprang up across the island of Crete, Paul instructed Titus to appoint elders in every city – a divinely inspired, self-sustained, self-contained, administrative structure intended to meet any challenge in any era.

That is who we are. That is what we are.

The question is: what do we do now? What is the Restoration Movement to do in this new era?

[This is the first of Three Essays On The Restoration Movement And Post-denominationalism. To make sure you don’t miss the two remaining articles, please consider subscribing.]

Terry Sweany has served as senior pastor since 2006. His education includes a MA in Miarriage, Family, and Child Counseling from Hope International University and a BA from Cincinnati Christian University. He is author of the book Life In Ministry and his greatest joy is helping people deepen their relationship with God. Terry lives in Westchester, California  and is a member of the LAPD Pacific Division Clergy Council. He and his wife, Patty, have been married 32 years and have a daughter and grandaughter.

13 thoughts on “The Post-denominational Moment”