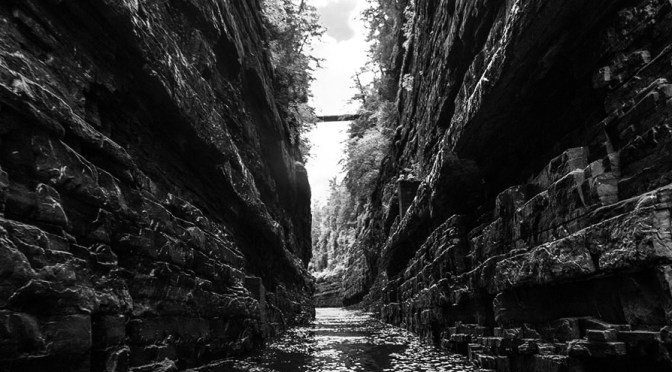 The men of the Christian Restoration Association have profitability on their minds. Not temporal profitability, which other leadership conferences obsess over, but spiritual profitability which is lacking in the life of many of our institutions.

We are now in the midst of a nationwide upheaval of revisionism regarding the nature of the church. Personal passion, coupled with a desire not to bruise the feelings of the modern church-goer – many of whom have never come to terms with their own sinfulness and resent those who insist they do – have led to the muting of timeless doctrines and long-standing moral standards. Indeed, the very phrase ‘sound doctrine’ is in disfavor giving way to the eminently more fashionable ‘tribal traditions’ – as though the issue of orthodoxy were of no more consequence than the choice of trussing or spatchcocking a turkey when preparing a Thanksgiving day dinner.

In the midst of this depressing demonstration of a generation lacking the nerve to even acknowledge its past, came, in pleasant contrast, the recognition of those who both publicly and privately continue to preach the profitability of all Scripture, God-breathed, both Testaments, cover-to-cover.

This past October, the CRA hosted its 12th Biennial Bible Conference, during which it presented heartfelt and respectful recognitions, known as Sword & Trowel awards, to three men for their lifetimes of distinguished Christian service.

The presentations were measured and moving. Set on a plaque, its most prominent feature is a shield representing the Christian faith. Centered within the shield – a large double-edged sword, bearing the precision and power of God’s Word; underneath which sits a mason’s trowel symbolizing the ongoing work of every generation, skillfully erecting a spiritual dwelling place for God. Finally, each of the opposing sides of the escutcheon bears an inscription: “BUILD the KINGDOM” and “DEFEND the FAITH.” Thus invoking the image of the great builder, Nehemiah, in full battle gear, inspecting the perimeter of God’s city, ever vigilant to the threat of violent opposition.

Not far from these proceedings is a contemporary conference room with walls displaying similar plaques, upon which are the etched names of many others – real names of actual men culled from Restoration Movement archives; the evangelists, and preachers, and missionaries, and professors, and theologians, who, themselves, stood next to one another restoring and defending New Testament Christianity, frequently under dire circumstances.

Displayed alone, these memorials are highly evocative. But they are doubly evocative for their placement, where past directors of the CRA and editors of the Christian Herald are, themselves, venerated.

Attending both the CRA conference and Spire’s virtual conference within days of one another, I could not help but observe the odd asymmetry these two organizations maintain. Together, the two represent the latest and growing fissure in our movement’s fractious history. Here, side by side, lie two competing ideologies in our long twilight struggle. When you think of one, it’s hard not to think of the other.

Mark the differences. At the Spire conference, foreground and background are reversed. Passion is dominant, reason an afterthought. At the CRA conference, reason is foremost, emotion an augmentation. Spire employs the use of story telling and sentimentalism. The CRA, through careful exegesis, cultivates principles used to disentangle the ambiguities of life. The Spire Conference envelopes you in melioristic doctrines of congregational self-improvement; the CRA conference thrusts you into the actuality of spiritual warfare, its crucible of disappointment and courage. One marked by the lack of a definite plan, endlessly pivoting; the other, struggle – faithfully rendered.

At the Spire conference Scripture is peripheral, often omitted. At the CRA conference Scripture is central, integral to every consideration. The CRA Conference does not flinch about its identity: “The Christian Restoration Association’s Bible Conference.” One could refer to Spire’s event using similar language. But they do not. Their marketing reads “Spire Network’s 2020SpireConference. Lead A Movement.” This could just as easily refer to a tech industry convention or to a motivational seminar. If expanding the Kingdom of God is at the heart of what you claim to do, why not incorporate the name of the One on whose behalf the event exists? Is it not written, “whatever you do, in word or deed, do it all in the name of the Lord?”

Naturally, these differences reflect the worldviews of their respective leaders. One would expect an opaque identity for an organization so hostile to its past, and the other, an identity so transparently dependent on the Perfecter of its faith. However, these two organizations reflect not just a difference in approach. They reflect, above all, the difference between us.

Spire is a vessel for saying: sound doctrine doesn’t liberate, it enslaves. The current structure of the church should be overhauled, updated to 21st century standards, not as a result of ideology but on the basis of instinct. It just doesn’t feel right. Reinvent it. Expand it. Start over. The CRA, dedicated to restoring the past, reflects a different sensibility. It believes the Church is a singularly Divine institution and any campaign to update, alter, or to improve its current expression must wholly rest on the grand design of piety. A design which grants liberty on issues of personal preference but requires deference to the principles and precepts of His revealed Will.

And so the chasm continues to expand. The split, instantiated by these two conferences, began two decades ago as the boundless intemperance of the Church Growth movement became a tyranny within our association. In the interim, the banal atrocities midwifed on behalf of a small group of Church Growth demagogues and profiteers have accelerated the division, ultimately demonstrating that dishonesty and aggression don’t pay.

For example, last year’s inaugural Spire conference got off to an inauspicious beginning as Spire’s corporate leaders were publicly shamed on stage by their own keynote speaker. It seems Spire’s benighted ‘leaders’ were intending to use their online platform and downloadable app for unethical financial gains in spite of the health risks these digital venues presented to potential users. Health risks that were clearly made known to them months in advance. This young, sincere, and high-minded speaker, naively thinking he was there to share his testimony, balked when specifically asked how gaming industry strategies could be leveraged to feed church coffers. Seemingly stunned by the question, he pointed out that doing so would only contribute to the nation’s already spiking statistics of depression and suicide. Therefore, he indicated, online gaming strategies used to extend length-of-time visits on church platforms was something the church has no business doing.

You see, while Spire aggressively promoted their online platform as an innocuous social network “to bring leaders together,” the intention was to surreptitiously collect private user data which could then be sold to backend dealers operating in the murky, unregulated bog of Big Data.

This imbroglio (in combination with other well-documented deceptions) caused Spire’s highly acclaimed digital platform to dissolve before ever getting off the ground, simultaneously liquidating Spire’s credibility. Unsurprisingly, Ozymandias lies forever buried and forgotten under the digital sand of an online desert.

Meanwhile, as the dust begins to settle, we see faithful institutions like the CRA under new director John Mitchell (no, not that John Mitchell); Hillsboro Family Camp and Person to Person Ministries under newly appointed director Alex Eddy; and Central Christian College of the Bible under the indefatigable Dr. David Fincher continue to grow, expand and thrive. And these are only a few. But the point is many ICC congregations are sending a message. We are a movement that remains devoted to sound doctrine, as well as Christianity’s first century norms, and there is a tremendous upside for institutions with leaders who program in that fashion. And real losses for those who don’t.

Terry Sweany has served as senior minister of Playa Christian Church since 2006. His education includes a MA in Marriage, Family, and Child Counseling from Hope International University and a BA from Cincinnati Christian University. He is author of the book Life In Ministry and his greatest joy is helping people deepen their relationship with God. Terry lives in Westchester, California  and is a member of the LAPD Pacific Division Clergy Council. He and his wife, Patty, have been married 34 years and have a daughter and granddaughter.

One thought on “THE RESTORATION MOVEMENT’s 21st CENTURY DIVIDE”