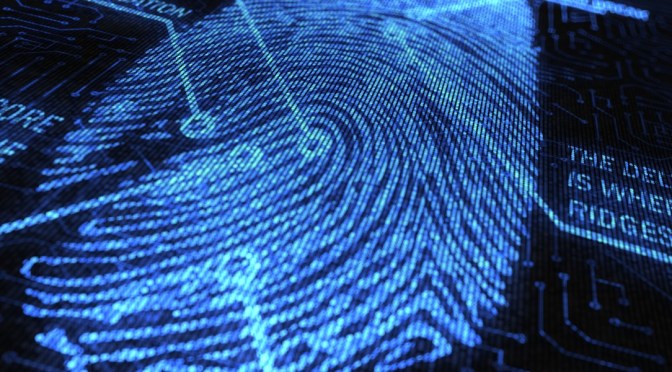 Ninety years ago this October P. H. Welshimer presided over the very first North American Christian Convention. At the time, he was the pastor of the Restoration Movement’s largest church, which would ultimately grow to 5,500 members. Welshimer had amazing gifts, a restless mind – and faith the size of Mount Everest. He decided to do the hard thing – whatever the cost – rather than follow the much easier path that was always readily available to a pastor of his considerable advantages. Recruited into the ministry from law school, he could have been anybody he wanted – had whatever kind of business, whatever kind of career. And he chose . . . this.

Hardly ecumenical, Welshimer didn’t care what denomination you were from, he had no qualms about converting other Christians to the restoration plea. When celebrity Pastor Aimee Semple McPherson came to town from California, who at the time drew bigger crowds than PT Barnum, Welshimer opposed her both from the pulpit and in the press – even under threat of being sued. Heroically, his life’s work was the exact opposite of McPherson’s egalitarian, pragmatic, Hollywood inspired approach. When you are talking about a commitment to God’s Word – about rigorously and inflexibly sticking with sound doctrine – few have demonstrated it so consistently, and been willing to sacrifice so much.

The legacy of Welshimer has, for the most part, characterized the RM’s history until recently. Three years ago our convention abandoned its restoration roots in favor of the church growth revolution, and it’s been down hill from there.

In fact, after recently losing the Christian Standard to this New Order, our brotherhood is, only now, coming to terms with this emerging reality.

Additionally, there is a tentativeness about the NACC that suggests the enthusiasm for this once beloved institution has tempered. This circumspection stems from two decades of church growth scholarship that stresses the secular impulses of generational marketing and the political impulses of the social justice movement that followed. Craig Groeschel’s Life.Church, featured at this year’s convention, is but the culmination of this trend.

Conversely, receptivity to this revolution stems from something deeper: the decline and death of so many RM churches in the 1990s and early 2000s – congregations that had long claimed a direct connection to the RM through its convention. Disillusion at the loss of these churches allowed reconsideration of the event which connected them all.

One might say that romance with the RM died in the office of George Barna. The line from The Barna Group to the RM’s current crisis of identity may not be straight, but the connection is unmistakable.

Today’s NACC has its roots in 2006. “Whether you become a Revolutionary immersed in, minimally involved in, or completely disassociated from a local church is irrelevant to me and . . . to God,” writes George Barna in his book Revolution. Few attempts at ingratiation have ever been more true or more damning.

And yet, The Barna Group spawned an entire industry of church growth experts, consultants, and mentors. Combine this with the RM’s low-level of accountability, and you have an entrepreneurial generation of ministers who followed it to its logical conclusion and insane extreme.

Currently, the RM idea, as evidenced by these developments, is in decline. Meanwhile, Church Development Fund and The Solomon Foundation have joined forces to create the impossible: a movement both in harmony with God’s Word and with its institutions – institutions which are now engineered by the priests of social science.

History is proof that these goals are incompatible.

The RM succeeded because it chose one, sound doctrine. Denominations became deranged when they chose the other, institutions. Current RM custodians, to their credit and sorrow, want both. And in an unusual turn of events, the very organizations that helped build this movement are now helping to destroy it.

Don’t get me wrong, the church growth movement can not be blamed for everything, but their revolution, with its glamour and influence, did not only popularize, it deified church marketing. There are thousands of churches where, even today, the worst forms of false doctrine and arbitrariness are justified by the words church growth – without reference to any other biblical doctrine.

Generational experts, for example, are writing books and articles, creating “institutes,” and selling seminar tickets that explain multigenerational preferences: What do millennials want? What defines the generations? How can we best adapt worship services to accommodate comfort and alleviate anxiety?

This month, the Christian Standard in its online article entitled CALLED TO SERVE MILLENNIALS, BUT CAN WE REACH THEM?, the author shamelessly engages in reductive stereotypes as he advises congregations to “Go young or grow old . . . Don’t fool yourself into thinking you can do both.” *

This wisdom, such as it is, comes, ironically, as the website is festooned with pleas for unity. Someone should let Mr. Harris know it’s impossible to extol the virtues of unity while cynically cultivating age-bias and advocating for generational segregation – advice that can, in no way, be harmonized with the cross-generational instruction given in Titus 2. Labeling people according to their birth year is the moral equivalent of practicing astrology, just as accurate, and prevents the church from caring for people as they really are.

Moreover, the New Testament prescription for Christian unity combines diversity of preference with doctrinal uniformity. Our current establishment seems to reverse this biblical principle by indulging in doctrinal diversity and building crowds around narrow personal preferences.

The fate, then, of this messianic, crowd-building revolution is that in the end it can justify itself and its heresies only by reference to itself. Put more simply, the church growth revolution consists in the extermination of anything that opposes it or stands in its way.

This brutal circularity of logic is not properly called evangelism but nihilism.

What happens from here is anyone’s guess. I am not a prophet nor the son of a prophet. But imagine the NACC decides to rebrand itself under the logic that RM mission has been accomplished. Would you not change your view of the convention, its culture, indeed, the Restoration Movement? Would it not cease to be beloved?

*Update: since the publishing of this article, the quote from the Christian Standard’s article on Millenials has been edited and changed by their website administrator. However, this post still contains the quote from the original version as it was first published. That said, we are encouraged by the change in language