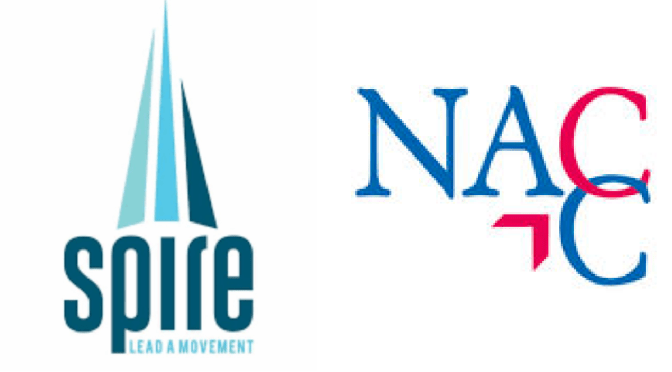 Vocational ministry hurts, and I am not, this time, referring to physical pain. I mean spiritual pain, the disappointment and self-doubt that occasionally comes while being a cog in the large and ever-turning wheel of a megachurch, or the crushing sense of futility one feels when being fired without recourse, or the strain of rejection, perhaps even betrayal, one experiences after months of personal sacrifice assisting a family plagued by dysfunction, only to see that family leave your fellowship once crisis is averted.

At moments like these, I have often taken refuge in some old friends – many times, these connections were made at the North American Christian Convention. And while I did not find it necessary to attend every year, its simple existence has always given me comfort and meaning. It is nice, so nice, to find that one’s labors, even one’s moments of abject misery are part of a continuum. It helps me again feel proud of what I do. I am reminded of what it took to get here, of what I have endured, and I can breath again with assurance – maybe even defiance – because I survived. Because I’m still here.

For this reason, the NACC has always been something other than a trade-convention showcasing the latest technological advancements in ministry. It was more about being caught up in an idea or cause that’s larger than oneself – as the cliche goes. It was about identity. And healthy sources of identity are needed, otherwise unhealthy sources will invade. Identity assigns meaning to one’s work independent to one’s own accomplishments – a vital commodity. At past conventions, for example, you may not have been the leader of a movement, but you could certainly count yourself as among the leaders within one.

Indeed, we all, regardless of church size and by virtue of our calling, were once represented at every administrative level of the NACC.  The burden of responsibility was shared, as we all cooperated in the maintenance of our standards. As a result, each year’s convention was the embodiment of our brotherhood’s doctrinal solidarity. And this made us part of a greater historical chain.

Sadly, that is no longer the case.

Today, the Restoration Movement has transition on its mind. Real transition, which concerns more than simply adjusting to the crumbling of our major institutions.

We are now in the midst of a nationwide revision which, among other things, puts ministry at odds with theology in a zero-sum game. Guilt over non-affirming views of cultural mores, coupled with a desire not to bruise the feelings of a fragile generation (a generation who have not yet come to terms with the reality that utopia will never come until the hereafter, and resent those who suggest that they do) have led to anodyne presentations of the gospel. Indeed, the very term ‘false doctrine’ is in disfavor, giving way to the politically correct “Tribe.”

And yet, sound theology is what gives grounding to our movement, it defines the way reality is perceived and shapes the very contours of our identity. Without it, a vacuum is created only to be filled by such synthetic substitutes as corporate branding. But this is precisely what Spire has done. Meanwhile, the stage of the convention is now open to all shades and flavors of doctrines, even as we are reassured  that “the new format will support what the NACC has always upheld.”

(Just don’t be surprised if, at some point, you recognize that those with a more traditional biblical interpretation are either muted or go unrepresented.)

By my lights, the notion that a vast, doctrinally-diverse collection of churches can be united in a singular network of national expression, promising everyone a sense of belonging without shared beliefs is ludicrous. Once our spiritual framework was stripped away, so too the shibboleths of our shared identity.  But let’s be honest about the purpose of this new network: to give the directors of Spire the ability to impose on our movement their own, more marketable, conception of virtue – a sort of Overton Window, blocking one school of thought from the convention platform while prioritizing another.

The Spire network is not a new concept, nor is it particularly unique. Secular and religious enterprises everywhere are now building platforms where they control the discussion, all the while profiting from them. Each platform becomes a megaphone with an intense focus on commerce. And while we are entreated to “participate in” and “contribute to” the “ongoing conversation,” the network collects email submissions, first and last names, zip codes, device types, locations, and a trove of personal data, all used to construct digital profiles. Platform users are essentially viewed as a commodity – consumers with big dollar signs on their foreheads generating big data the networks can sell. Additionally, opting-in enables platform proprietors to market directly to their users 24/7. What they are creating is a digital data collection funnel and a 21st century marketing machine that bypasses the legacy media of print and other more traditional forms of promotion.

Spire, for example, has yet to launch its online merch portal, but by using the popular WordPress e-commerce plugin WooCommerce, they have built a web store which will sell both physical and virtual/downloadable products. And if Willow Creek’s  competing GLS network is any indicator, behind each pay wall are videos ranging from highly-touted Christian (and non-Christian) motivational gurus, to simulcast workshops featuring “world-class” training for your staff.

Among the myriad dangers in all of this is that Spire organizers think they can somehow guide and direct, through central planning, a movement that fits their theories about how all other churches should operate. That’s not easy in a top-down, authoritarian system – more pertinent, it’s not possible in a self-governing one.

“And while our diversity and independence as churches have flourished, we’ve lacked a mechanism to keep us unified, leveraging the collective strength that comes from that unity.”

Don’t get me wrong, I agree with the notion that with unity comes strength. But the solution to our current malaise isn’t to be shepherded by a coercing mechanism promising to deliver strength and unity. To the contrary, it’s to deny any institution the power to attempt to do either. In fact, the greatest threat to a robust, autonomous brotherhood of Independent Christian Churches is an ever-growing Leviathan network which defines itself as the ultimate unifying mechanism.

“Spire can be that hub, pulling all these thousands and thousands of spokes [churches] together to leverage the power of our unity like never before! “

It appears that Spire administrators, for whom “leverage the power of our unity” means expanding their influence and control, ignore the inverse correlation between dependence on a centralizing institution and local church autonomy.

And herein lies the most significant difference between past conventions and its present Spire iteration. In the past, because of the broad inclusivity of those committees which produced each year’s event, the convention was the ultimate expression of Restoration Movement identity. That identity flowed from self-governing congregations to the convention. By contrast, the Spire conference, controlled exclusively by a narrow cadre of Spire executives, seeks to reverse the flow, making supporting churches the ultimate expression of the Spire brand, which is to say franchisees.

Moreover, the churches which once held agency within the convention, today are merely viewed as tools to advance Spire’s multi-site pragmatism. A turn of events which not only optimizes their pecuniary interests, but divides us into tribes while encroaching upon the rights and responsibilities of the local church.

By these reforms, without ever having thought it through, we just may be engaged in the unmaking of the RM and encouraging the very tribalism that, for so long, made denominations the bane of Christendom. Promoting tribal doctrine is just another way to enable self-indulgence and self-worship which strip men of their character, leaving them ill-equipped to defend what requires defending and hungry for some kind of meaning.

But such is the plight we face. The bedrock is cracked. The soil of our movement is exhausted, and the roots of our institutions strain to hold what remains in place.

To refresh the soil, we must understand that, inevitably, it is when we stop looking up to God for identity and start looking down into ourselves that we will look to find fulfillment, belonging, and meaning in tribes and crowds. Additionally, we can’t lose sight of the fact that this is an eternal fight – every generation has got to have it – all we can do is pass the tools and arguments onto the next generation so they can engage in the struggle.

The ultimate question of whether the changes in our institutions signal future decline should not be answered yes or no. There is no yes or no. Both answers are wrong, because the assumption that somehow there exists some predetermined inevitable trajectory is wrong. With God, decline is not inevitable, decline is not a condition. Decline is a choice.

10 thoughts on “So What’s The Difference?”